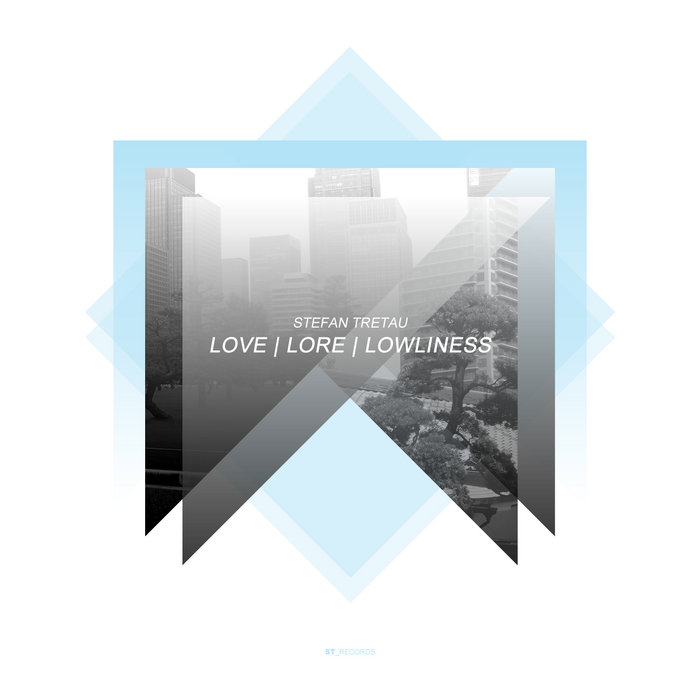 Three words whose meaning do not have a high reputation nowadays. People seem to be too much influenced by the ubiquitous fast pace, the media omnipresence of the incomprehension and chronic overconfidence. Love Lore Lowliness is criticising the hedonistic crowd by snapshots of works and polaroids of silence without being sentimental, and as a sideffect, it shows Stefan Tretau's versatility on ST Records.

[LOVE] Love is generally known as the strongest feeling of affection and esteem a person can place in another. A state of intimate posture and deep connection that transcends any particular purpose or use. A feeling that is not only met with people, but also things and actions. Love is an explanation of action in full surrender, continuously and over again, regardless of the appreciation obtained.

[LORE] The knowledge to understand things and then aligning his action according to it doesnt come out of the blue. It needs some effort you will find this lore as a pay check in the decision fundus. The expectation to get, control and dominate without much struggle is the biggest obstacle - not the perfection of knowledge is important, but the confrontation with the challenge. Whereby also languishing ignorance is a chance for the unexpected.

[LOWLINESS] Humility is not the misunderstanding of the submission to the Lord. Without denying this, the term has more useful meanings: humility and the realization that you will not always reach the goal first. Lack of humility and lack of self-confidence to show humility are a breeding ground for disaffection and assault. Only the one who lowers his head once, sees the floor, carrying him constantly.

[ALBUM] Whether you are transferring these words directly or indirectly on the album and it´s music, is up to each individual. Regardless of this it becomes clear what is the reason for doing such a work: the love of music creation, the motivation to learn new and the serenity that it will be hardly heard by anyone.