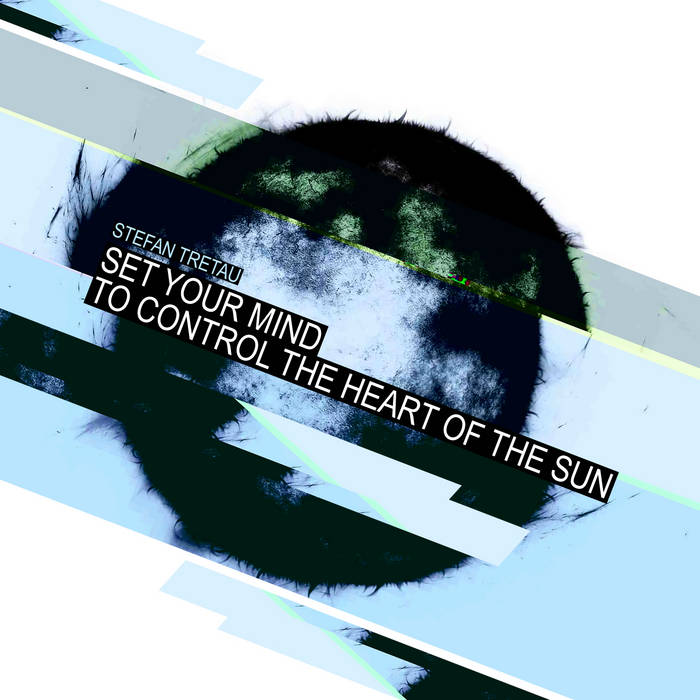 Releasing his new album "Set your Mind to Control the Heart of the Sun" Stefan Tretau explores the subtlety of abstract sounds without any climax and insistence, just for its own sake and the effect of a musical time as a whole.

Recently Stefan feels most comfortable apart from the club-context. Being a forward-thinking producer he is rather interested in the experience of music making and active listening than dance floors with flash lights. A successful development, but also a risky encroachment into the niche.

The very first track of the album "Sparks in Ray of Light" sounds like the sun as a symbol of life, the origin of beings and not least as joy of the day and beauty of the sky. It is a shallow kick off with soundscapes and drone sounds, but it also reflects the strength and tightness of rays of sunlight. With the help of musical pleasantness and classical instruments the next three pieces "Lost in a Molecular Cloud", "Luminosity for a Few" and "Contrasting Tendencies" fill the room with the same zestfulness consequentially.

Just after this smooth introduction "Substance Necessary" acts as a wake-up call from the happy depth. Its linear and stomping beat walks straight into the rhythm of alleged shady sides. "Fifth Ray of Neve" shows Stefan´s origins and presents itself as a classic deep house track. Supported by pretty chord sounds and analog sound effects it prepares the listener for the most mainstream capable title of the album. Equipped with a vocal, a break in the middle, a solid beat and all that goes with it "The New Solar Silence" spreads a solid tech house atmosphere.

But Stefan dares not to return to the club too much as "Corona's Flare" and "Ulysses sample" already explore the vastness of jazzy-analog swing again. Rarely heard sounds and a lot of details keep the tension taut, just until the penultimate appearance of "Sun Soul Supreme" rises up into the basement of the next electronica jazz club. Here you will also find "Faintly Sweet" with its intangible abstract patterns and vivid sounds – a truly abstract ending.

This release is not easy, it's versatile, detailed, constant and shallow, but also powerful and abstract. It needs time to listen and a slow approach to get your mind accustomed to it, just like your eyes to the light of the sun.